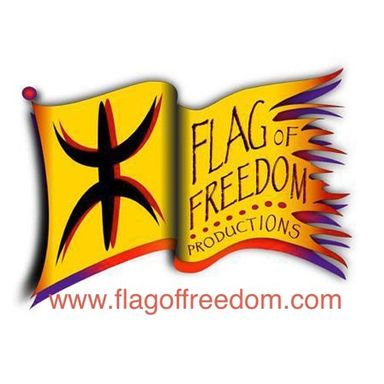 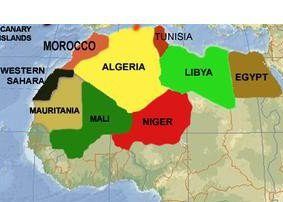 The Berbers and Africa

Because the history of the Berbers has been falsified; It is hard today to find the real truth , however, we believe that the native, noble and free people of Northern Africa have always been there since the beginning of time. (see articles below).

To further complicate the existence of the Berbers, they were given several different names throughout history, including the Garamantes, Touaregs, Moorish, Numidians, Libyans, Berbers, the Guanches among others...but they are all the same people who helped shape the earliest civilization and who like to be called Imazighen (E-MAH-ZEE-GEN). Free people.

-According to Marq de Villiers and Sheila Hirtle, "The oldest ruined buildings in all of Africa were found in Dakhleh Oasis " in Western Egypt, near Siwa Oasis where some fifty thousand Berbers still live today.

How did Africa get its name?

Tunisia, the small North African country used be be called Africa, in or around the Roman era, then that name was switched to be  given to the whole continent. It is believed that the origin of  the name Africa comes from a Berber tribe AFRI.

Origins Dated to more than 300,000 years ago, the finds raise key questions about the defining features of Homo sapiens and how our kind came to be

"The year was 1961. A barite mining operation at the Jebel Irhoud massif in Morocco, some 100 kilometers west of Marrakech, turned up a fossil human skull. Subsequent excavation uncovered more bones from other individuals, along with animal remains and stone tools. Originally thought to be 40,000-year-old Neandertals, the fossils were later reclassified as Homo sapiens—and eventually redated to roughly 160,000 years ago. Still, the Jebel Irhoud fossils remained something of a mystery because in some respects they looked more primitive than older H. sapiens fossils..." -Kate Wong

The discovery of a collection of ancient stone tools in Algeria has raised questions over east Africa’s title as “the cradle of humanity”.

The findings point to evidence of human life in Algeria, north Africa, 2.4 million years ago, according to the research published in the journal Science.

Until now, the oldest known tools from the region were 1.8 million years old." -Jane Dalton@JournoJane

Berber Music
"...Politically speaking, the Imazighen until recently were denied the use of their language in most forms of culture and expression. But traditionally, they have kept their music alive and very well for thousands of years, as it is a fundamental pillar of Berber life, religious ceremonies and festivities, like marriage ceremonies, seasonal festivals, agricultural calendars, and even during mourning and death; where the ancient mourning ceremony described by Herodotus still invokes fear in the hearts of many men, who attempted in vain to suppress this most ancient and unique practice; in which the earth trembles beneath the pounding feet of distressed women, screaming with shrieking cries in complete trance, to compensate the loss of beloved ones. Words alone may not suffice to convey the atmosphere endured by such deeds, and one must hear it first in order to feel its full magnitude. It certainly did catch the attention of Herodotus, some 2500 years ago." 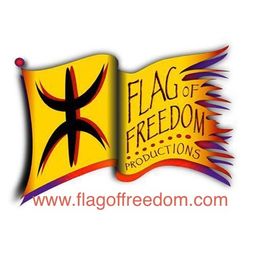